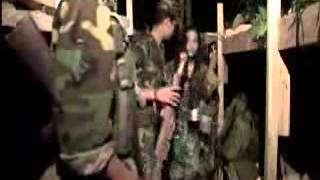 Guerrilla Girl is a documentary film directed by Frank Piasechi Poulsen. It tells the story of a young girl, Isabel, who enters the Revolutionary Armed Forces of Colombia (FARC). The Revolutionary Armed Forces of Colombia – People’s Army (Spanish: Fuerzas Armadas Revolucionarias de Colombia – Ejército del Pueblo, FARC–EP and FARC) are a Colombian Marxist–Leninist revolutionary guerrilla organization involved in the continuing Colombian armed conflict since 1964. The FARC–EP are a peasant army with a proclaimed political platform of agrarianism and anti-imperialism inspired by Bolivarianism. The FARC claim to represent the poor people of rural Colombia against the economic depredations of the ruling bourgeoisie, the political influence of the U.S. in the internal affairs of Colombia (i.e. Plan Colombia), neo-imperialism, the monopolization of natural resources by multinational corporations and the repressive violence from Colombian state and paramilitary forces against the civilian population. The strength of the FARC–EP forces is indeterminate; in 2007 the FARC said they were an armed force of 18,000 men and women; in 2010 the Colombian military calculated that FARC forces consisted of approximately 18,000 members, 50 per cent of which were armed guerrilla combatants and in 2011 the President of Colombia Juan Manuel Santos said that the FARC–EP forces comprised fewer than 8,000 members. From 1999 to 2008 the guerrilla armies of the FARC and of the Ejército de Liberación Nacional (National Liberation Army of Colombia) controlled approximately 30–35 per cent of the national territory of Colombia. The greatest concentrations of FARC guerrilla forces are in the south-eastern regions of Colombia (500,000 square kilometers – 190,000 sq mi) of jungle and in the plains at the base of the Andean mountain chain. In 1964 the FARC–EP were established as the military wing of the Colombian Communist Party (Partido Comunista Colombiano, PCC) after the Colombian military attacked rural Communist enclaves in the aftermath of The Violence (La Violencia, ca. 1948–58). The FARC are a violent non-state actor (VNSA) whose formal recognition as legitimate belligerent forces is disputed. As such the FARC has been classified as a “terrorist” organization by the governments of Colombia, the United States, Canada, Chile, New Zealand and the European Union (…and Pinochet and the fascist killer Luis Posada Carriles?); whereas the governments of Venezuela, Brazil, Argentina, Ecuador and Nicaragua classify the FARC as a guerrilla organization. In 2008 Venezuelan President Hugo Chávez recognized the FARC-EP as a proper army. President Chávez also asked the Colombian government and their allies to recognize the FARC as a belligerent force. 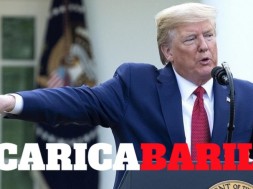 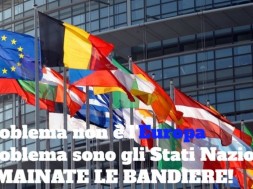